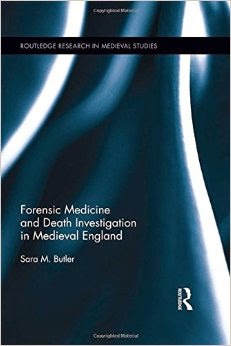 
England has traditionally been understood as a latecomer to the use of forensic medicine in death investigation, lagging nearly two-hundred years behind other European authorities. Using the coroner's inquest as a lens, this book hopes to offer a fresh perspective on the process of death investigation in medieval England. The central premise of this book is that medical practitioners did participate in death investigation – although not in every inquest, or even most, and not necessarily in those investigations where we today would deem their advice most pertinent. The medieval relationship with death and disease, in particular, shaped coroners' and their jurors' understanding of the inquest's medical needs and led them to conclusions that can only be understood in context of the medieval world's holistic approach to health and medicine. Moreover, while the English resisted Southern Europe's penchant for autopsies, at times their findings reveal a solid understanding of internal medicine. By studying cause of death in the coroners' reports, this study sheds new light on subjects such as abortion by assault, bubonic plague, cruentation, epilepsy, insanity, senescence, and unnatural death.
Publié par Alexandre Klein à 06:42