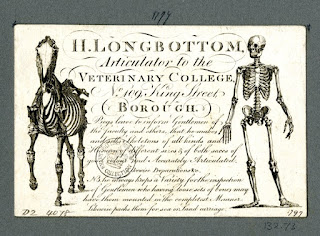 The Commodification of the Human Skeleton in the Eighteenth Century

"Although Vesalius gave detailed instructions for making human skeletons in De Fabrica in 1543, skeletons did not become commodities – things that were bought and sold – until the end of the seventeenth century, when they were regularly included in private and public collections. A lively trade in skeletons by 1750 is evident in auction and collection catalogues and newspaper advertisements. But the moral and ethical implications of making and marketing human skeletons remained largely unstated, at least in print. Toward the end of the eighteenth century, a burgeoning global trade in human skulls further complicated this issue. This talk will focus mainly on Britain, and will discuss both the making and the marketing of human skeletons and skulls between about 1720 and 1800."

To require the link to access the meeting, please write an email to marco.storni@unine.ch.