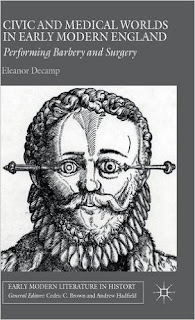 Through a rich foray into popular literary culture and medical history, this book investigates representations of regular and irregular medical practice in early modern England, exploring what it meant to the early modern population for a group of practitioners to be associated with both the trade guilds and an emerging professional medical world.
Publié par Alexandre Klein à 06:06