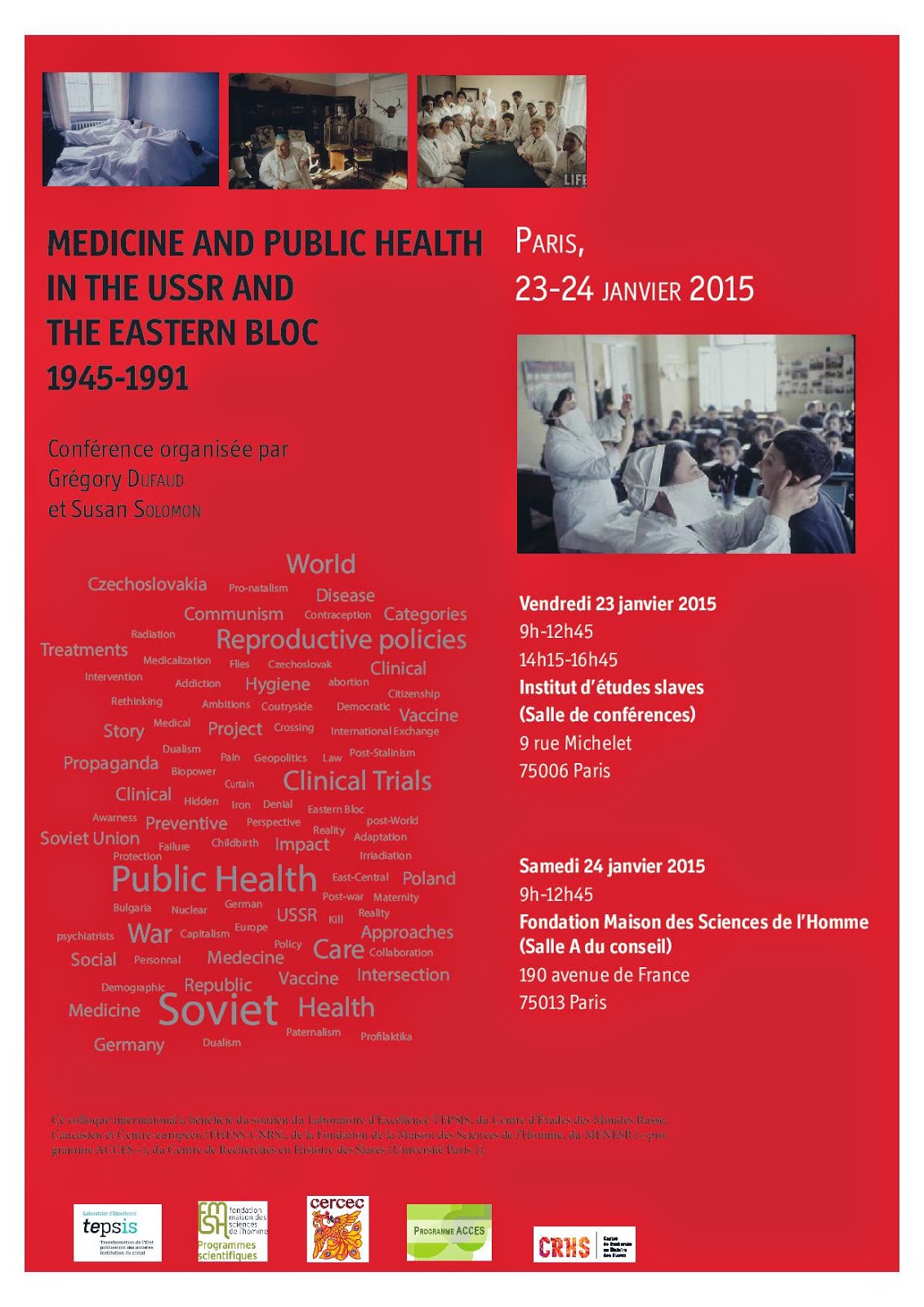 The USSR was the first country to put the health protection of its citizens officially at the centre of its concerns, insisting that in this domain, as in others, it would differ from Tsarist Russia and the capitalist West. The health care statesmen who crafted the new Soviet public health system considered universal access to free, high quality health care to be a right of citizenship. Freed from epidemics and disease, the new Soviet Man could invest his energies in the building of socialism. Public health policy on such issues as reproduction, sexuality, labor—to name but a few, was a central component of the revolutionary project.

In the 1920s and 1930s, to translate the revolutionary vision into practice, the Soviet Union established a distinctive public health system. State-sponsored and centralized, it was, from 1918 on, based on a commitment to the integration of prevention and cure. Within the first decade, a dispensary model was developed to supervise, educate, and care for the population. Over time, new approaches and standards of care were developed to deal with specific diseases and categories of patients. The translation of the original vision into practice was far from perfect. Within the framework of social welfare policies, prevention and care were provided free of charge to all workers, but certain categories of the population, for example peasants, were excluded for some time from access to insured care. Real progress was made in the control of infectious disease and in public awareness of the impact of sanitation on health and disease, yet in many areas, there remained a considerable gap the between the standards laid down in hygiene propaganda and the concrete conditions of existence.

In the 1930s, Soviet health policies and practice echoed beyond the borders the USSR as a result of travel accounts and the reports by such iconic figures of European socialism as Beatrice and Sidney Webb. It was from his discussions with the Webbs that William Beveridge drew material for his influential 1942 report on social protection which inspired the creation of the welfare state in Western Europe after Second World War.

The situation in the countries of Eastern Europe was different. Well before the onset of the Second World War, some of those countries had developed innovative and far-sighted approaches to social and preventive medicine, which drew worldwide attention. Public health statesmen from some of these countries (e.g. Andrija Stampar and Ludwik Rajchman) took leading roles in international health bodies in the 1920s and 1930s.

This international workshop is designed to explore the intersection between Soviet medicine and public health and that of the “socialist republics” of Eastern Europe, 1945-1991. The significant impact of the USSR on the economic and science policies of the countries of Eastern Europe in those four and half decades is well-known. But the extent to which Soviet influence was felt in the arena of public health and medicine across the region remains to be explored. To that end, the conference raises several questions. First, there are questions about the post-1945 circulation of health ideas and practices. How much intersection was there and what was the “fit’” between the Soviet public health “model” and pre-war East European practices in public health? In which countries of the “socialist bloc” and in which aspects of health care (organization, professionalization, therapeutics) was the impact of the Soviet model most clearly felt after 1945? What were the mechanisms and the sites of intersection (conferences, collaborative projects; joint training; settings of care)? To what extent was there a “looping” of experience and practice back from the countries of Eastern Europe to the Soviet Union over the period 1945-1991? Then, there are questions about the post-1991 legacies of the intersection. What vestiges of the Soviet model of health care remained in the countries of Eastern Europe after the fall of communism? What traces were there of the pre-war health care traditions and practices that individual East European countries had developed?

The conference aims to elicit comparisons of health care systems across the “socialist bloc” and to stimulate rethinking of the assumptions and theories used by historians to study public and health medicine in the socialist countries.

09:30 — Lion Murard: “The Story Before the Story: Public Health in East-Central Europe Before World War II”

09:50 — Alain Blum: “Half a Century of a Hidden Demographic Failure: State Weakness, Lack of Awareness of Society”

11:10 — Chris Burton: “Looking Back on Early Soviet Preventive Medicine: The Post-War Adaptation of, and Post-Stalinist Perspective on Profilaktika”

14:40 — Muriel Blaive: “Biopower and Geopolitics: Social and Medical Practices of Childbirth in Communist Czechoslovakia and in the US”

15:20 — Sylwia Kuzma-Markowska: “Between the East and the West. Contraception and abortion law and practice in post-World War II Poland”

15:45 — Anelia Kasabova: “Pro-natalist Policy in People’s Republic of Bulgaria. Intervention and Denial of the Reality”