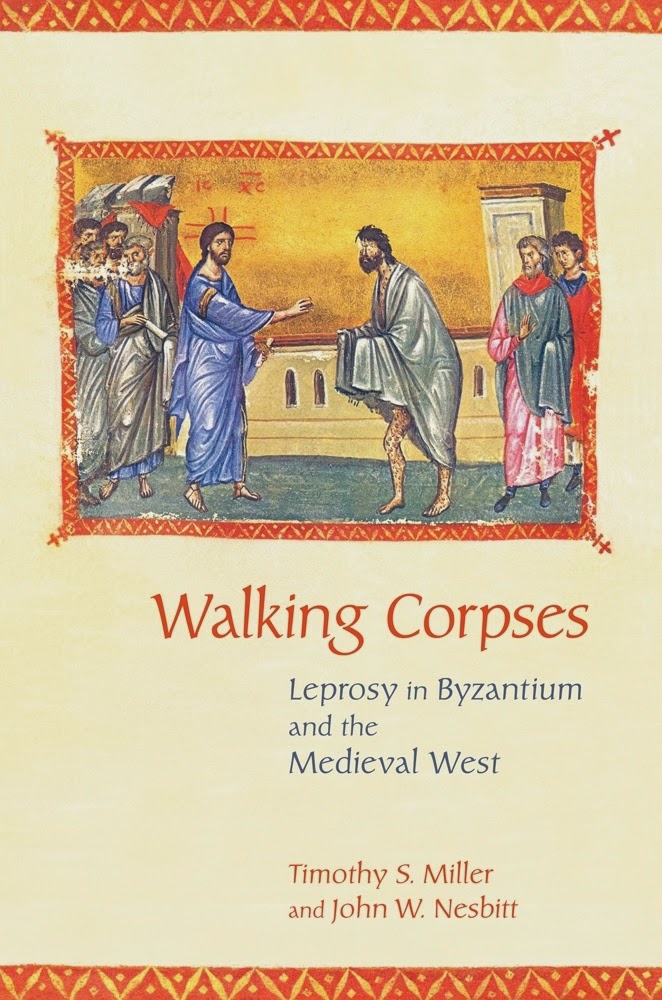 Walking Corpses: Leprosy in Byzantium and the Medieval West

Leprosy has afflicted humans for thousands of years. It wasn't until the twelfth century, however, that the dreaded disease entered the collective psyche of Western society, thanks to a frightening epidemic that ravaged Catholic Europe. The Church responded by constructing charitable institutions called leprosariums to treat the rapidly expanding number of victims. As important as these events were, Timothy Miller and John Nesbitt remind us that the history of leprosy in the West is incomplete without also considering the Byzantine Empire, which confronted leprosy and its effects well before the Latin West. In Walking Corpses, they offer the first account of medieval leprosy that integrates the history of East and West.

In their informative and engaging account, Miller and Nesbitt challenge a number of misperceptions and myths about medieval attitudes toward leprosy (known today as Hansen’s disease). They argue that ethical writings from the Byzantine world and from Catholic Europe never branded leprosy as punishment for sin; rather, theologians and moralists saw the disease as a mark of God’s favor on those chosen for heaven. The stimulus to ban lepers from society and ultimately to persecute them came not from Christian influence but from Germanic customary law. Leprosariums were not prisons to punish lepers but were centers of care to offer them support; some even provided both male and female residents the opportunity to govern their own communities under a form of written constitution. Informed by recent bioarchaeological research that has vastly expanded knowledge of the disease and its treatment by medieval society, Walking Corpses also includes three key Greek texts regarding leprosy (one of which has never been translated into English before).
Publié par Alexandre Klein à 06:23