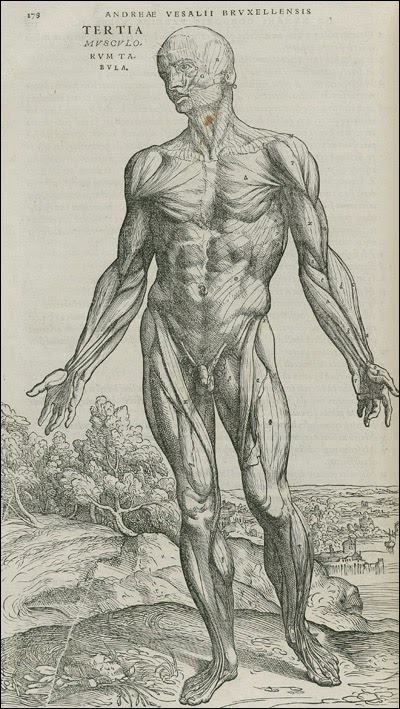 
The interior of our bodies is hidden to us. What happens beneath the skin is mysterious, fearful, amazing. In antiquity, the body's internal structure was the subject of speculation, fantasy, and some study, but there were few efforts to represent it in pictures. The invention of the printing press in the 15th century-and the cascade of print technologies that followed-helped to inspire a new spectacular science of anatomy, and new spectacular visions of the body. Anatomical imagery proliferated, detailed and informative but also whimsical, surreal, beautiful, and grotesque — a dream anatomy that reveals as much about the outer world as it does the inner self.

Over the centuries anatomy has become a visual vocabulary of realism. We regard the anatomical body as our inner reality, a medium through which we imagine society, culture and the human condition.

Drawn mainly from the collections of the National Library of Medicine, Dream Anatomy shows off the anatomical imagination in some of its most astonishing incarnations, from 1500 to the present.
Publié par Alexandre Klein à 07:41