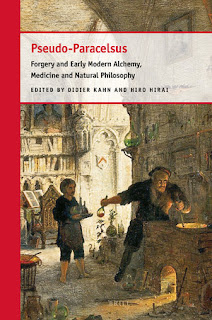 The production of forgeries under the name of the Swiss physician Paracelsus (1493/94-1541) was an integral part of the diffusion of the Paracelsian movement in early modern Europe. Many of these texts were widely read and extremely influential. The inability of most readers of the time to distinguish the genuine from the fake amid the flood of publications contributed much to the emergence of Paracelsus’ legendary image as the patron of alchemy and occult philosophy. Innovative studies on largely overlooked aspects of Paracelsianism along with an extensive catalogue of Paracelsian forgeries make this volume an essential resource for future studies.

Originally published as Special Issue of the journal Early Science and Medicine, volume 24 (2019), no. 5-6 (published February 2020), with a revised Introduction and a new Appendix by Julian Paulus, entitled “A Catalogue Raisonné of Pseudo-Paracelsian Writings: Texts Attributed to Paracelsus and Paracelsian Writings of Doubtful Authenticity,” has been added.