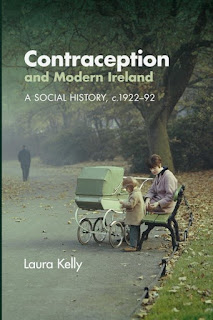 
Contraception was the subject of intense controversy in twentieth-century Ireland. Banned in 1935 and stigmatised by the Catholic Church, it was the focus of some of the most polarised debates before and after its legalisation in 1979. This is the first comprehensive, dedicated history of contraception in Ireland from the establishment of the Irish Free State in 1922 to the 1990s. Drawing on the experiences of Irish citizens through a wide range of archival sources and oral history, Laura Kelly provides insights into the lived experiences of those negotiating family planning, alongside the memories of activists who campaigned for and against legalisation. She highlights the influence of the Catholic Church's teachings and legal structures on Irish life showing how, for many, sex and contraception were obscured by shame. Yet, in spite of these constraints, many Irish women and men showed resistance in accessing contraceptive methods. This title is also available as Open Access.
Publié par Alexandre Klein à 06:13 Aucun commentaire: 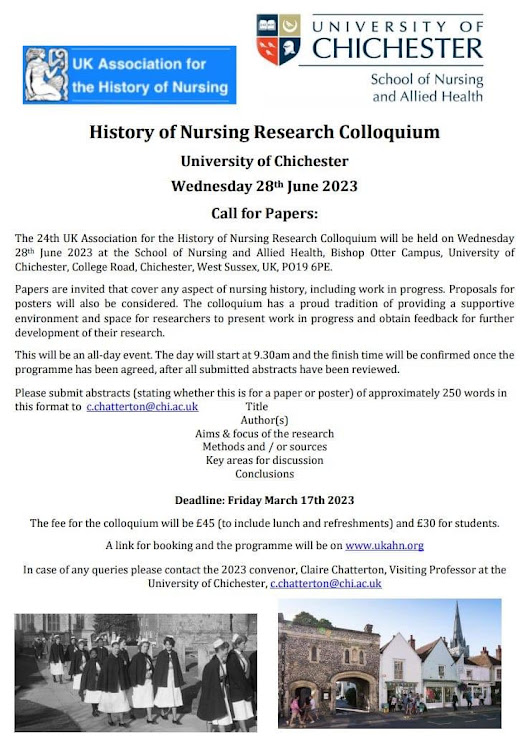 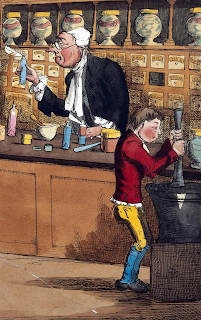 British Society for the History of Pharmacy's Annual Conference

9:35am Manuela Marai How to compound a remedy: Galen’s method and instructions to
combine multiple ingredients

10:35am Maria do Sameiro Barroso Medicine and magic in a recipe of Aspasia

10:55am Coffee and poster viewing

11:20am Chris Duffin The Stag as a source of materia medica

11:40pm Elinore Gillespie The formulary then & now: from instruction manual to instructional
tool

12:00 noon Florian Eidam-Weber Teaching at the Institute of the History of Pharmacy and
Medicine at Philipps University Marburg, Germany – its past, present and future

1:30pm Depart for visit to History of Science Museum

10:15am Coffee and poster viewing

10:30am Gabriel Lake Carter “The Pharmacy Image”: Advertising and the Business Education of
Pharmacists, 1900-1975

10:50am Carolyn Collins "The best morning tonic” Citrus aurantium, from pharmacy jar to
marmalade pot; looking at the therapeutic value of the Seville Orange

11:10am Manon Auffret From medieval apothecaries to the Faculty of Pharmacy of Rennes:
a short history of pharmaceutical education in Brittany

11:40am Professor Roisin O’Hare A history of hospital pharmacy training 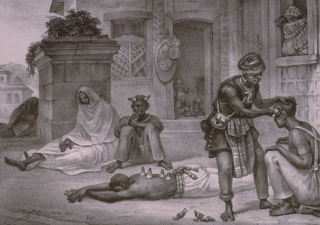 Decolonizing Medicine in Africa and its Diaspora

Medicine in Africa and the diaspora continues to be dominated by theories, narratives, and archives that reinforce the belief that modern medicine is external to Africa. A legacy of Eurocentric scholarship has generated the misconception that medicine was gifted to Africans by pious missionaries, granted to Africans in the form of colonial medicine, and sustained through the benefaction of foreign agencies like Médecins Sans Frontier, UNICEF, the Red Cross, and the Gates Foundation. There is not a single modern African medical professional mentioned in the major contemporary accounts of the history of medicine (Porter, 1997; Gonzalez-Crussi, 2007; Bynum, 2008; Duffin, 2008; Manger & Kim, 2018). Worse still, many histories of tropical medicine, which are mostly about campaigns in Africa, also exclude mention of black medical expertise (Delaporte, 1991; Goerg 1997; Cook, 2007). The imbalance of this narrative is so severe that it delegitimizes medical practice as an acceptable form of healing and care in Africa and disables the future work of Africans in the global field of medicine (Fanon 1961; Farmer 2008). As a type of discursive violence, European claims to medical heritage silence the roles, agency and contributions of Africans who have produced, and continue to produce, research on key medical problems.
This conference aims to redress this inequity by recovering the roles that Africans played in the field of medicine during the modern era and into the 21st century. For centuries, Africans have been conducting research on ailments using innovative tools and techniques to produce data on illnesses, and they have also managed medical health care systems and institutions under racialized colonial conditions, and equally challenging neo-colonial situations (Patton, 1996; Oduntan, 2018; Roberts 2021).
We invite all scholars from any career stage, from around the world, interested in speaking to these questions to participate in this conference. We are particularly interested in scholarship that explores interdisciplinary/ methodological approaches that overcome the dominance of Eurocentrism in modern medicine and can thereby recover the roles that Africans played in medical sciences, practice, technology, education, policy, and public health.


Please send a 200-word abstract of your proposed paper with a brief biography to jonathan.roberts@msvu.ca and ooduntan@towson.edu by March 15, 2023, Responses will be given by April 1, 2023. Presentation slots are 15 minutes long, followed by discussion.

A conference volume with selected papers is planned. 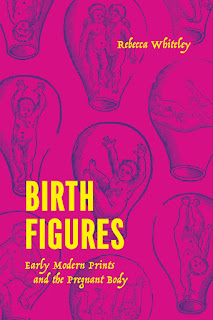 
The first full study of “birth figures” and their place in early modern knowledge-making.

Birth figures are printed images of the pregnant womb, always shown in series, that depict the variety of ways in which a fetus can present for birth. Historian Rebecca Whiteley coined the term and here offers the first systematic analysis of the images’ creation, use, and impact. Whiteley reveals their origins in ancient medicine and explores their inclusion in many medieval gynecological manuscripts, focusing on their explosion in printed midwifery and surgical books in Western Europe from the mid-sixteenth to the mid-eighteenth century. During this period, birth figures formed a key part of the visual culture of medicine and midwifery and were widely produced. They reflected and shaped how the pregnant body was known and treated. And by providing crucial bodily knowledge to midwives and surgeons, birth figures were also deeply entangled with wider cultural preoccupations with generation and creativity, female power and agency, knowledge and its dissemination, and even the condition of the human in the universe.

Birth Figures studies how different kinds of people understood childbirth and engaged with midwifery manuals, from learned physicians to midwives to illiterate listeners. Rich and detailed, this vital history reveals the importance of birth figures in how midwifery was practiced and in how people, both medical professionals and lay readers, envisioned and understood the mysterious state of pregnancy.

Gender and Intersectionality in Science, Technology, and Medicine: Historical Perspectives

International Conference of the Commission on Women and Gender of the History of Science, Technology, and Medicine


We invite proposals for organized sessions and individual presentations that engage with the theme, “Gender and Intersectionality in Science, Technology, and Medicine: Historical Perspectives.”

We encourage proposals that interrogate the multi-agent histories of women, gender and sexuality in science, technology and medicine, with particular attention to the roles played by constructions of race/ethnicity, class and further social categories that impacted personal and professional lives in a range of geographical and temporal contexts.

Historiographical traditions in studies of women and gender in science, technology, and medicine have offered analytical frameworks of individual careers, networks of people, and material objects and ideas to promote a more inclusive history of science, technology and medicine. Through this conference, we seek to interrogate the extent to which the concept of intersectionality aligns with contemporary ethos and efforts toward inclusive scholarships in the historiographies of gender, women and sexuality in science, technology and medicine. We especially encourage proposals that consider institutional and geographical contexts beyond the academies of the North/West, in medical, government, NGO, civic, industrial, and corporate institutions. We encourage situated analytical approaches and methodologies with a particular focus on feminist activism, bodies, affect/emotions, queer identities, human-animal studies and ecosocialities among other themes.

We welcome proposals from doctoral students and early career scholars within five years of receiving degrees, for whom limited travel funding will be available.

The deadline for submitting organised sessions and individual presentations is January 31, 2023.


For further details on submissions, please visit the Commission on Women and Gender in History of Science, Technology and Medicine webpage. 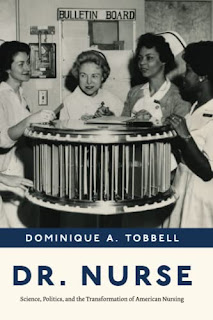 Dr. Nurse: Science, Politics, and the Transformation of American Nursing

Nurses represent the largest segment of the U.S. health care workforce and spend significantly more time with patients than any other member of the health care team. Dr. Nurse probes their history to examine major changes that have taken place in American health care in the second half of the twentieth century. The book reveals how federal and state health and higher education policies shaped education within health professions after World War II.

Starting in the 1950s, academic nurses sought to construct a science of nursing—distinct from that of the related biomedical or behavioral sciences—that would provide the basis for nursing practice. Their efforts transformed nursing’s labor into a valuable site of knowledge production and proved how the application of their knowledge was integral to improving patient outcomes. Exploring the knowledge claims, strategies, and politics involved as academic nurses negotiated their roles and nursing’s future, Dr. Nurse highlights how state-supported health centers have profoundly shaped nursing education and health care delivery.