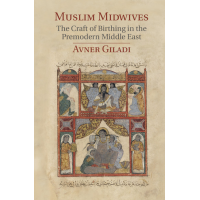 Muslim Midwives. The Craft of Birthing in the Premodern Middle East

This book reconstructs the role of midwives in medieval to early modern Islamic history through a careful reading of a wide range of classical and medieval Arabic sources. The author casts the midwife's social status in premodern Islam as a privileged position from which she could mediate between male authority in patriarchal society and female reproductive power within the family. This study also takes a broader historical view of midwifery in the Middle East by examining the tensions between learned medicine (male) and popular, medico-religious practices (female) from early Islam into the Ottoman period and addressing the confrontation between traditional midwifery and Western obstetrics in the first half of the nineteenth century.
Publié par Alexandre Klein à 06:01