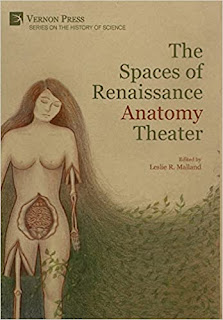 The Spaces of Renaissance Anatomy Theater

The space of Renaissance anatomy is not solely in the physical theatre. As this collection demonstrates, the space of the theatre encompasses every aspect of Renaissance culture, from its education systems, art, and writing to its concepts of identity, citizenship, and the natural world. This book argues that Renaissance anatomy theatres were spaces of intersection that influenced every aspect of their culture, and that scholars should broaden their concept of anatomy theatres to include more than the physical space of the theatre itself. Instead, we should approach the anatomy theatres as spaces where cultural expression is influenced by the hands-on study of human cadavers. This book enters the ongoing conversation surrounding Renaissance anatomy by dialogically engaging with such scholars as Jonathan Sawaday, Merry E. Wiesner-Hanks, Kathryn Schwarz, and primary texts such as 'De humani corporis fabric', Montaigne's 'Essais', and Shakespearean plays. The book also features Renaissance artwork alongside works by Laurence Winram.
Publié par Alexandre Klein à 06:04