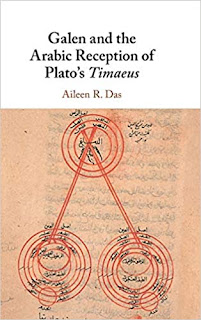 Galen and the Arabic Reception of Plato's Timaeus

This first full-length study of the Arabic reception of Plato's Timaeus considers the role of Galen of Pergamum (129–c. 216 CE) in shaping medieval perceptions of the text as transgressing disciplinary norms. It argues that Galen appealed to the entangled cosmological scheme of the dialogue, where different relations connect the body, soul, and cosmos, to expand the boundaries of medicine in his pursuit for epistemic authority – the right to define and explain natural reality. Aileen Das situates Galen's work on disciplinary boundaries in the context of medicine's ancient rivalry with philosophy, whose professionals were long seen as superior knowers of the cosmos vis-à-vis doctors. Her case studies show how Galen and four of the most important Christian, Muslim, and Jewish thinkers in the Arabic Middle Ages creatively interpreted key doctrines from the Timaeus to reimagine medicine and philosophy as well as their own intellectual identities.