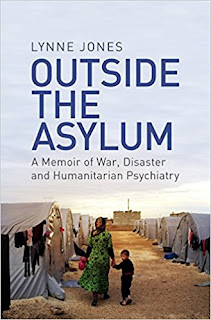 Outside the Asylum: A Memoir of War, Disaster and Humanitarian Psychiatry


What happens if the psychiatric hospital in which you have lived for ten years is bombed and all the staff run away? What is it like to be a twelve-year-old and see all your family killed in front of you? Is it true that almost everyone caught up in a disaster is likely to suffer from post-traumatic stress disorder? What can mental health professionals do to help? How does one stay neutral and impartial in the face of genocide? Why would a doctor support military intervention?

Outside the Asylum is Lynne Jones's personal exploration of humanitarian psychiatry and the changing world of international relief; a memoir of more than twenty-five years as a practicing psychiatrist in war and disaster zones around the world. From her training in one of Britain's last asylums, to treating traumatized soldiers in Gorazde after the Bosnian war, helping families who lost everything in the earthquake in Haiti, and learning from traditional healers in Sierra Leone, Lynne has worked with extraordinary people in extraordinary situations. This is a book that shines a light on the world of humanitarian aid, and that shows us the courage and resilience of the people who have to live, work and love in some of the most frightening situations in the world.
Publié par Alexandre Klein à 06:06