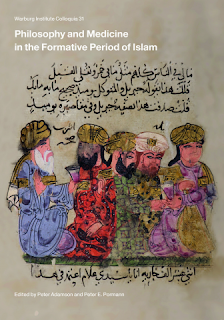 Philosophy and Medicine in the Formative Period of Islam

Many of the leading philosophers in the Islamic world were doctors, yielding extensive links between philosophy and medicine. The twelve papers in this volume explore these links, focusing on the classical or formative period (up to the eleventh century AD). One central theme is the Arabic reception of Greek figures who worked on medicine or medical topics, including Hippocrates, Aristotle and Galen. Several of the luminaries of philosophy in the early Islamic world are also studied, including Abū Bakr al-Rāzī, al-Fārābī, and Avicenna. Conversely, the volume also includes research on the use of philosophical ideas in medical authors, including ʿAlī ibn Riḍwān. Attention is also given to the connections between medicine and Islamic theology (kalām). As a whole, the book provides both a survey of the kinds of work being done in this relatively unexplored area, and a springboard for further research.

Length and Shortness of Life Between Philosophy and Medicine: The Arabic Aristotle and his Medical Readers
ROTRAUD HANSBERGER

Beyond the Disciplines of Medicine and Philosophy: Greek and Arabic Thinkers on the Nature of Plant Life
AILEEN DAS