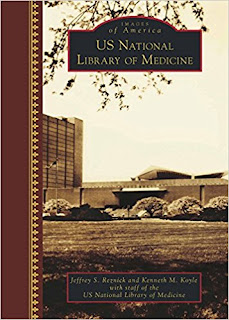 The US National Library of Medicine, on the campus of the National Institutes of Health in Bethesda, Maryland, has been a center of information innovation since its beginnings in the early 19th century. The world's largest medical library and a federal government agency, it maintains and makes publicly available a diverse and world-renowned collection of materials dating from the 11th to the 21st centuries, and it produces a variety of electronic resources that millions of people around the globe search billions of times each year. The library also supports and conducts research, development, and training in biomedical informatics and health information technology, and it coordinates the National Network of Libraries of Medicine that promotes and provides access to health information in communities across the United States. As the library anticipates its third century of public service, this book offers a visual history of its development from its earliest days through the late 20th century, as the institution has involved generations of visionary leaders and dedicated individuals who experienced the American Civil War, the world wars, the Cold War, and the dawn of the information age.
Publié par Alexandre Klein à 06:02