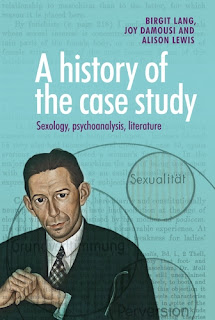 A history of the case study. Sexology, psychoanalysis, literature

Starting with Central Europe and concluding with the United States of America, this volume tells the story of the case study genre as inseparable from the foundation of sexology and psychoanalysis, and integral to the history of European literature. It examines the nineteenth and twentieth century pioneers of the case study who sought answers to the mysteries of sexual identity and shaped the way we think about sexual modernity. These pioneers include members of professional elites (psychiatrists, psychoanalysts and jurists) and creative writers writing for newly emerging sexual publics.

Among the figures considered in this volume are prolific Austrian writer Leopold von Sacher-Masoch, the psychoanalytic master of case-writing Sigmund Freud and the influential New York psychoanalyst Viola Bernard, who all embraced the case study genre for its ability to convey new knowledge—and indeed a new paradigm for knowledge—in an authoritative manner. At the same time, these writers reinvented the genre’s parameters, reflecting constantly on its pertinence to definitions of the modern subject.

Where previous accounts of the case study have approached the history of the genre from a single disciplinary perspective, this book stands out for its interdisciplinary approach, well-suited to negotiating the ambivalent contexts of modernity. It focuses on key formative moments and locations in the genre’s past, those occasions when and where the conventions of the case study were contested as part of a more profound enquiry into the nature of the human subject.
Publié par Alexandre Klein à 06:00