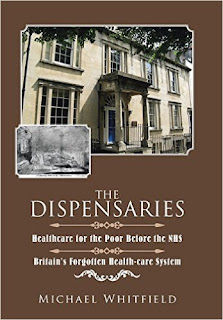 The Dispensaries: Healthcare for the Poor Before the NHS


Dispensaries were created in cities to look after poor sick people from about 1770 until the beginning of the NHS in 1948. They were created by relatively wealthy citizens who became subscribers to these institutions. They saw this as an act of philanthropy, and each subscriber was given a book of tickets that could be given to sick people to enable them to access the dispensary. Many doctors gave their services to the dispensaries freely, but an apothecary or, later on, a medical officer was employed in addition to run the dispensary and to visit the sick in their homes if they were unable to visit the dispensary. This is the first book to have been written that gives an overview of the creation of dispensaries and the reason they totally disappeared in 1948, although there are several booklets describing individual dispensaries. The dispensary system was supported by the majority report of the Royal Commission on the Poor Law in 1909 but rejected on questionable grounds by the Minority Report upon which our welfare state has been based. Currently, the NHS is in crisis, and this book about a former health-care system suggests ways in which our health service could be remodelled for the better.
Publié par Alexandre Klein à 06:06