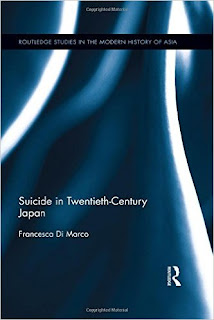 
Japan’s suicide phenomenon has fascinated both the media and academics, although many questions and paradoxes embedded in the debate on suicide have remained unaddressed in the existing literature, including the assumption that Japan is a "Suicide Nation". This tendency causes common misconceptions about the suicide phenomenon and its features.

Aiming to redress the situation, this book explores how the idea of suicide in Japan was shaped, reinterpreted and reinvented from the 1900s to the 1980s. Providing a timely contribution to the underexplored history of suicide, it also adds to the current heated debates on the contemporary way we organize our thoughts on life and death, health and wealth, on the value of the individual, and on gender. The book explores the genealogy and development of modern suicide in Japan by examining the ways in which beliefs about the nation’s character, historical views of suicide, and the cultural legitimation of voluntary death acted to influence even the scientific conceptualization of suicide in Japan. It thus unveils the way in which the language on suicide was transformed throughout the century according to the fluctuating relationship between suicide and the discourse on national identity, and pathological and cultural narratives. In doing so, it proposes a new path to understanding the norms and mechanisms of the process of the conceptualization of suicide itself.

Filling in a critical gap in three particular fields of historical study: the history of suicide, the history of death, and the cultural history of twentieth century Japan, it will be of great interest to students and scholars of Japanese Studies and Japanese History.
Publié par Alexandre Klein à 06:01