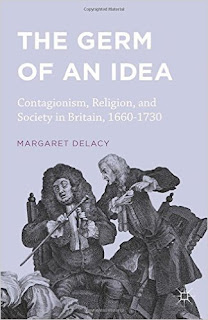 Contagionism is an old idea, but gained new life in Restoration Britain. Germ of an Idea considers British contagionism in its religious, social, political and professional context from the Great Plague of London to the adoption of smallpox inoculation. It shows how ideas about contagion changed medicine and the understanding of acute diseases.
Publié par Alexandre Klein à 06:17