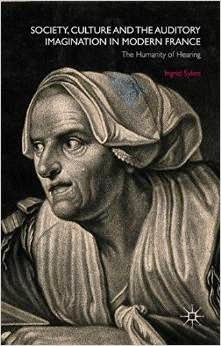 Society, Culture and the Auditory Imagination in Modern France: The Humanity of Hearing

This book examines the striking way in which medical and scientific work on hearing in eighteenth and nineteenth-century France helped to shape modern French society and culture. Contemporary scientists and anatomists had to come to terms with a new kind of transformative physiology within the material site of the human ear, one that had the potential to construct space and place in the most powerful way imaginable. Auditory medical specialists found themselves at the center of pivotal philosophical, political and social debates on how the individual citizen might use their ears to reach out to those around them constructing broader, protective models of social reform. Sykes makes the case that of all the senses hearing offered the greatest resources for remodelling the idea of the universal human condition within the modern French historical setting.
Publié par Alexandre Klein à 06:20