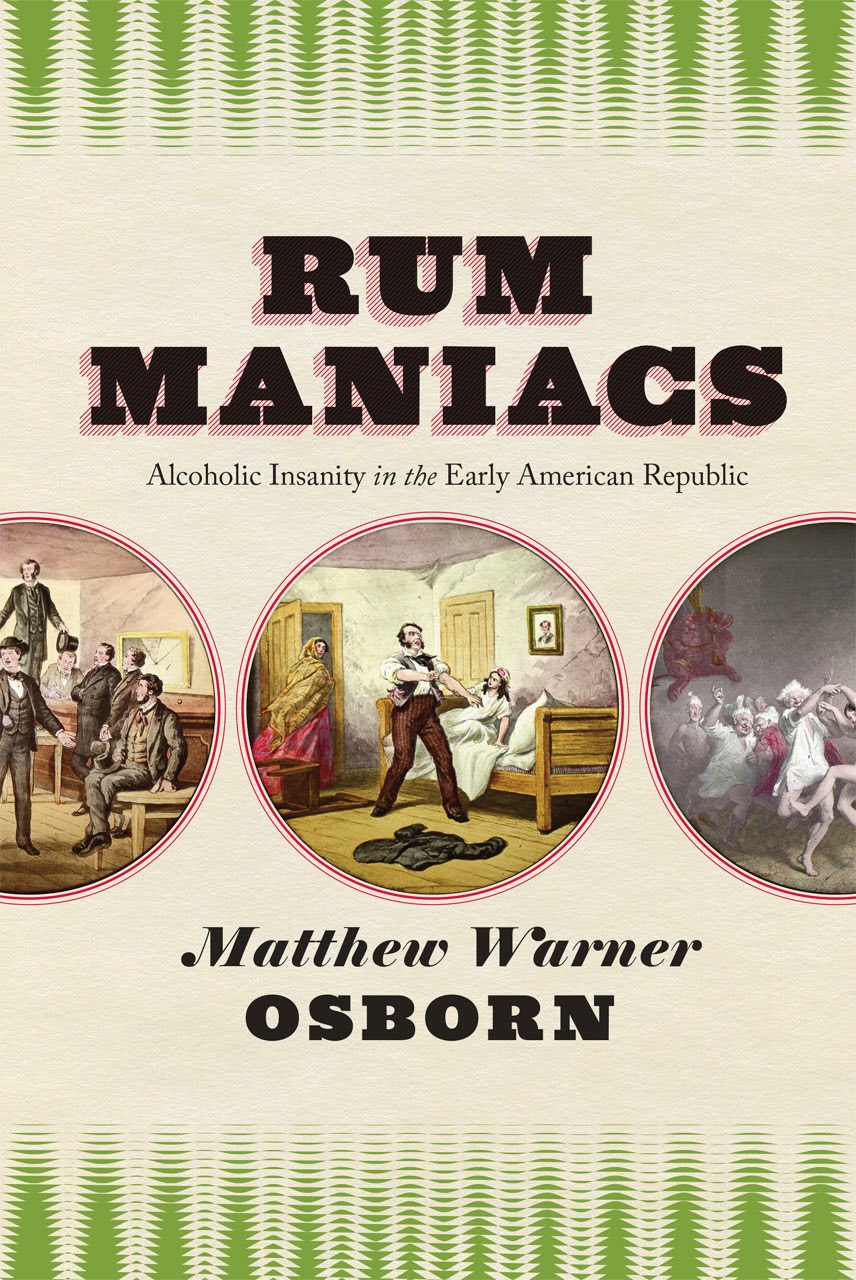 
Edgar Allan Poe vividly recalls standing in a prison cell, fearing for his life, as he watched men mutilate and dismember the body of his mother. That memory, however graphic and horrifying, was not real. It was a hallucination, one of many suffered by the writer, caused by his addiction to alcohol.

In Rum Maniacs, Matthew Warner Osborn reveals how and why pathological drinking became a subject of medical interest, social controversy, and lurid fascination in the early American republic. At the heart of that story is the disease that Poe suffered: delirium tremens. First described in 1813, delirium tremens and its characteristic hallucinations inspired sweeping changes in how the medical profession saw and treated the problems of alcohol abuse. Based on new theories of pathological anatomy, human physiology, and mental illness, the new diagnosis founded the medical conviction and popular belief that habitual drinking could become a psychological and physiological disease. By midcentury, delirium tremens had inspired a wide range of popular theater, poetry, fiction, and illustration. This romantic fascination endured into the twentieth century, most notably in the classic Disney cartoon Dumbo, in which a pink pachyderm marching band haunts a drunken young elephant. Rum Maniacs reveals just how delirium tremens shaped the modern experience of alcohol addiction as a psychic struggle with inner demons.
Publié par Alexandre Klein à 06:59