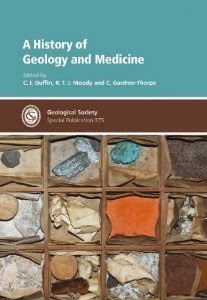 A History of Geology and Medicine

The historical links between geology and medicine are surprisingly numerous and diverse. This, the first ever volume dedicated to the subject, contains contributions from an international authorship of geologists, historians and medical professionals.

A History of Geology and Medicine will be of particular interest to Earth scientists, medical personnel, historians of science and the general reader who has an interest in science.
Publié par Alexandre Klein à 06:45