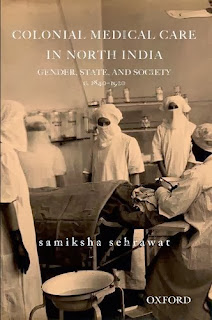 
This book shows how medical care was introduced, expanded, and funded by the colonial state in north India. It engages with questions emerging from the new relationship that emerged between health and governance as the colonial state began to fund public dispensaries in 1838. How was medical care to be funded? Was the state responsible for providing medical care? What role were the voluntary and public sectors to play? Over the twentieth century, as the British state moved towards acknowledging the importance of medical care, the colonial state limited medical expenditure. The colonial state sought to transplant British forms of medical philanthropy to India with the aim of improving Indian society by instilling a sense of public spirit. Using a wide variety of government archives, private papers, newspapers, and non-official publications, Sehrawat analyses hospitals for male and female patients together for the first time. She shows that the failure of the Dufferin Fund to raise sufficient funds for a Women's Medical Service exposed the limitations of reliance on the voluntary sector for medical provision. Reform of army hospitals was also stalled by prioritizing economy over efficiency. The underfunding of colonial medical care left a legacy of poor medical provision, regional disparities, neglect of rural patients, and over-reliance on the private and voluntary sectors.
Publié par Alexandre Klein à 07:36