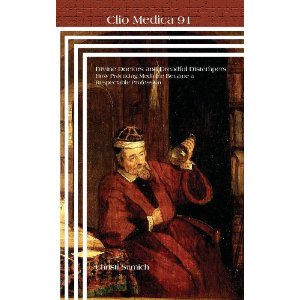 Divine Doctors and Dreadful Distempers examines the discourse of seventeenth-century English physicians to demonstrate that physicians utilized cultural attitudes and beliefs to create medical theory. They meshed moralism with medicine to self-fashion an image of themselves as knowledgeable health experts whose education assured good judgment and sage advice, and whose interest in the health of their patients surpassed the peddling of a single nostrum to everyone. The combination of morality with medicine gave them the support of the influential godly in society because physicians' theories about disease and its prevention supported contemporary concerns that sinfulness was rampant. Particularly disturbing to the godly were sins deemed most threatening to the social order: lasciviousness, ungodliness, and unruliness, all of which were most clearly and threateningly manifested in the urban poor. Physicians' medical theories and suggestions for curbing some of the most feared and destructive diseases in the seventeenth century, most notably plague and syphilis, focused on reforming or incarcerating the sick and sinful poor. Doing so helped propel physicians to an elevated position in the hierarchy of healers competing for patients in seventeenth-century England.
Publié par Alexandre Klein à 06:51