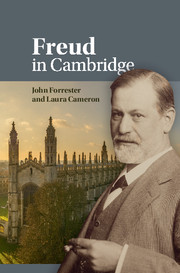 
Freud may never have set foot in Cambridge - that hub for the twentieth century's most influential thinkers and scientists - but his intellectual impact there in the years between the two World Wars was immense. This is a story that has long languished untold, buried under different accounts of the dissemination of psychoanalysis. John Forrester and Laura Cameron present a fascinating and deeply textured history of the ways in which a set of Freudian ideas about the workings of the human mind, sexuality and the unconscious, affected Cambridge men and women - from A. G. Tansley and W. H. R. Rivers to Bertrand Russell, Bernal, Strachey and Wittgenstein - shaping their thinking across a range of disciplines, from biology to anthropology, and from philosophy to psychology, education and literature. Freud in Cambridge will be welcomed as a major intervention by literary scholars, historians and all readers interested in twentieth-century intellectual and scientific life.
Publié par Alexandre Klein à 06:01