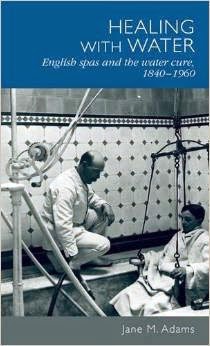 Healing with water provides a medical and social history of English spas and hydropathic centres from 1840 to 1960.
It investigates health practices and healing cultures at specialist inland resorts showing that water was used in varied therapeutic approaches by both orthodox and unorthodox practitioners. It explores ideas about water's healing potential and the importance placed on a healthy regimen, and examines how treatment became associated with new institutions and a specialist workforce. Water cures attracted sustained support from patients suffering from a variety of complaints, some of which were associated by contemporaries with the effects of industrialisation and modernisation. The importance of broader public and private cultures of health is considered, in particular how health and social reform movements influenced views of patients and practitioners. The relationship between the medical application of water and its use for leisure and hygienic purposes is also investigated. The study brings new perspectives to the historiography of resort development, which has previously focused on the seaside and leisure, by exploring how health and healing influenced society and economy in specialist watering places - aspects that were actively marketed to the public. A range of medical and non-medical actors were influential in shaping facilities and environment at resorts, including local authorities, charities and private businesses. The study assesses why the NHS provided spa treatment in 1948 but funding was later withdrawn, and compares this with trends in France and Germany.
This book will appeal to medical, social and cultural historians in Britain, North America and Australasia.
Publié par Alexandre Klein à 06:06