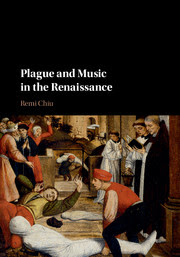 Plague and Music in the Renaissance

Plague, a devastating and recurring affliction throughout the Renaissance, had a major impact on European life. Not only was pestilence a biological problem, but it was also read as a symptom of spiritual degeneracy and it caused widespread social disorder. Assembling a picture of the complex and sometimes contradictory responses to plague from medical, spiritual and civic perspectives, this book uncovers the place of music - whether regarded as an indispensable medicine or a moral poison that exacerbated outbreaks - in the management of the disease. This original musicological approach further reveals how composers responded, in their works, to the discourses and practices surrounding one of the greatest medical crises in the pre-modern age. Addressing topics such as music as therapy, public rituals and performance and music in religion, the volume also provides detailed musical analysis throughout to illustrate how pestilence affected societal attitudes toward music.
Publié par Alexandre Klein à 06:02