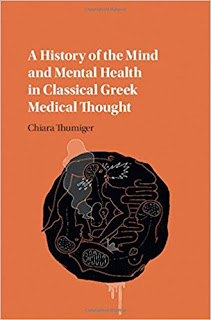 The Hippocratic texts and other contemporary medical sources have often been overlooked in discussions of ancient psychology. They have been considered to be more mechanical and less detailed than poetic and philosophical representations, as well as later medical texts such as those of Galen. This book does justice to these early medical accounts by demonstrating their richness and sophistication, their many connections with other contemporary cultural products and the indebtedness of later medicine to their observations. In addition, it reads these sources not only as archaeological documents but also in the light of methodological discussions that are fundamental to the histories of psychiatry and psychology. As a result of this approach, the book will be important for scholars of these disciplines as well as those of Greek literature and philosophy, strongly advocating the relevance of ancient ideas to modern debates.
Publié par Alexandre Klein à 06:01