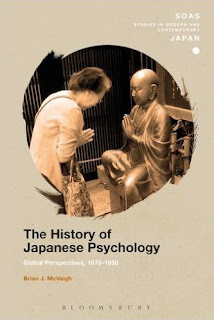 Through a focus on the contributions of pioneers such as Motora Yujiro (1858–1912) and Matsumoto Matataro (1865–1943), this book explores the origins of Japanese psychology, charting cross-cultural connections, commonalities, and the transition from religious–moralistic to secular–scientific definitions of human nature.

Emerging at the intersection of philosophy, pedagogy, physiology, and physics, psychology in the late 19th and early 20th centuries confronted the pressures of industrialization and became allied with attempts to integrate individual subjectivities into larger institutions and organizations. Such social management was accomplished through Japan's establishment of a schooling system that incorporated psychological research, making educational practices both products of and the driving force behind changing notions of selfhood. In response to new forms of labor and loyalty, applied psychology led to or became implicated in personality tests, personnel selection, therapy, counseling, military science, colonial policies, and “national spirit.” The birth of Japanese psychology, however, was more than a mere adaptation to the challenges of modernity: it heralded a transformation of the very mental processes it claimed to be exploring.

With detailed appendices, tables and charts to provide readers with a meticulous and thorough exploration of the subject and adopting a truly comparative perspective, The History of Japanese Psychology is a unique study that will be valuable to students and scholars of Japanese intellectual history and the history of psychology.
Publié par Alexandre Klein à 06:08