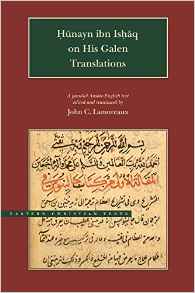 
Hunayn Ibn Ishaq (809–73), one of the most prolific early medieval translators of classical works, rendered hundreds of Greek volumes into Syriac and Arabic. This treatise on his Galen translations illuminates Ishaq’s efforts and their ninth-century context while recognizing that the translation movement had actually begun centuries earlier with Christians, Jews, and others. Offering the definitive Arabic text with a modern English translation and apparatus, this volume will be essential for anyone interested in the transmission of knowledge in the Late Antique and early Islamic Middle East.