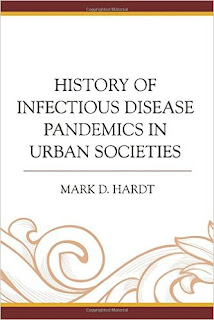 Beginning in the mid-19th century tremendous gains were made in the historical struggle with infectious diseases. The emergence of modern medicine and epidemiology, and the establishment of public health measures, helped urban populations overcome a historical death penalty. The conquest of infectious disease has created a human hubris. It is a collective self-delusion that infectious diseases, once exposed to the light of modern medicine, science, and public health would inevitably become eradicated.
When these advances began in the mid-19th century the world’s population was under two billion, mostly non-urbanized. At the dawn of the 21st century the world’s population already surpassed seven billion. The world’s once far flung urban populations have exponentially expanded in number, size, and connectivity.
Infectious diseases have long benefited from the concentration of human population and their opportunistic abilities to take advantage of their interconnectedness. The struggle between humans and infectious diseases is one in which there is a waxing and waning advantage of one over the other. Human hubris has been challenged since the late 1970s with the prospect that infectious diseases are not eradicated. Concerns have increased since the latter third of the twentieth century that infectious diseases are gaining a new foothold. As pandemics from AIDS to Ebola have increased in frequency, there has also developed a sense that a global pandemic of a much greater magnitude is likely to happen. Tracing the historical record, this book examines the manners in which population concentrations have long been associated with the spread of pandemic disease. It also examines the struggle between human attempts to contain infectious diseases, and the microbial struggle to contain human population advancement.
Publié par Alexandre Klein à 06:01