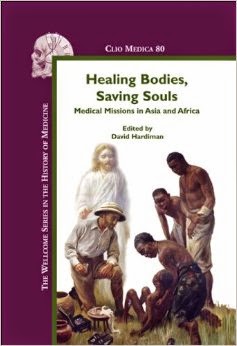 Missionary medicine flourished during the period of high European imperialism, from the late-1800s to the 1960s. Although the figure of mission doctor - exemplified by David Livingstone and Albert Schweitzer - exercised a powerful influence on the Western imagination during the nineteenth and early-twentieth centuries, few historians have examined the history of this important aspect of the missionary movement. This collection of articles on Asia and Africa uses the extensive archives that exist on medical missions to both enrich and challenge existing histories of the clinic in colonial territories - whether of the dispensary, the hospital, the maternity home or leprosy asylum. Some of the major themes addressed within include the attitude of different Christian denominations towards medical mission work, their differing theories and practices, how the missionaries were drawn into contentious local politics, and their attitude towards supernatural cures. Leprosy, often a feature of such work, is explored, as well as the ways in which local people perceived disease, healing and the missionaries themselves. Also discussed is the important contribution of women towards mission medical work. Healing Bodies, Saving Souls will be of interest not only to students and historians but also the wider reader as it aims to define the place of missionary within the overall history of medicine.
Publié par Alexandre Klein à 06:09