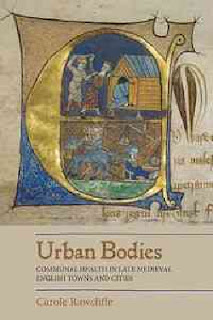 "Carole Rawcliffe continues with her mission to clean up the Middle Ages. In earlier work she has already given us scholarly yet sympathetic portrayals of English medicine, hospitals, and welfare for lepers. Now she widens her scope to public health. Her argument is clear, simple and convincing. Through the efforts of crown and civic authorities, mercantile élites and "popular" interests, English towns and cities aspired to a far healthier, less polluted environment than previously supposed. All major sources of possible infection were regulated, from sounds and smells to corrupt matter - and to immorality. Once again Professor Rawcliffe has overturned a well-established orthodoxy in the history of pre-modern health and healing. Her book is a magnificent achievement." Peregrine Horden, Royal Holloway University of London. This first full-length study of public health in pre-Reformation England challenges a number of entrenched assumptions about the insanitary nature of urban life during "the golden age of bacteria". Adopting an interdisciplinary approach that draws on material remains as well as archives, it examines the medical, cultural and religious contexts in which ideas about the welfare of the communal body developed. Far from demonstrating indifference, ignorance or mute acceptance in the face of repeated onslaughts of epidemic disease, the rulers and residents of English towns devised sophisticated and coherent strategies for the creation of a more salubrious environment; among the plethora of initiatives whose origins often predated the Black Death can also be found measures for the improvement of the water supply, for better food standards and for the care of the sick, both rich and poor. Carole Rawcliffe is Professor of Medieval History, University of East Anglia.
Publié par Alexandre Klein à 07:35